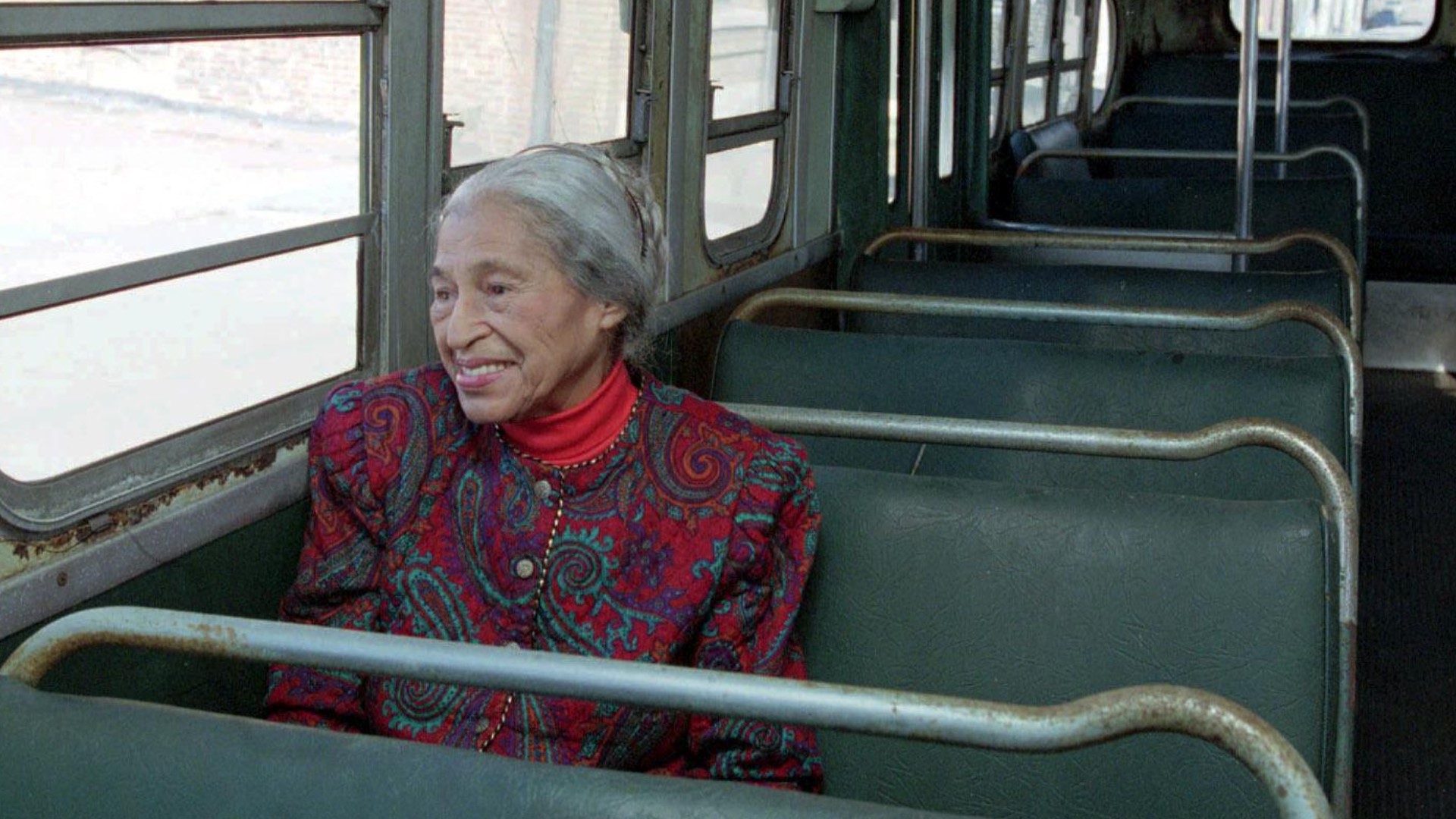 Rosa Parks was arrested on Dec. 1, 1955, for refusing to move out of a seat reserved for white passengers. Her arrest led to the Montgomery Bus Boycott.

MONTGOMERY, Ala. — Editor’s Note: The video above is from a February piece about Rosa Parks’ birthday.

Sixty-five years ago today, 42-year-old Rosa Parks boarded a bus in Montgomery, Alabama, to head home after working at her job as a seamstress.

At the time, public buses in the city were segregated per city law, and the first 10 seats were permanently reserved for white passengers.

A diagram at the National Archives shows Parks and three other Black passengers were seated in the first row behind those 10 seats. However, when the bus became crowded in the evening rush, the driver told Parks and the other three Black riders to move back.

The bus driver, James Blake, believed he had the right to move the segregation line on the bus and called the police. Parks was arrested by officers Day and Mixon.

In her arrest report, the officers said she was charged with chapter 6 section 11 of the Montgomery City Code. That law read, in part, “it shall be unlawful for any passenger to refuse or fail to take a seat among those assigned to the race to which he belongs.”

Parks was briefly jailed before Civil Rights leaders E.D. Nixon bailed her out, along with two white friends, attorney Clifford Durr and his wife, Virginia. When Parks was convicted under city law, she was fined a total of $14.

When her lawyer, Fred Gray, filed an appeal, it was tied up in the state court of appeals on a technicality. However, judges in a similar case in the U.S. District Court — Browder v. Gayle — ruled that racial segregation on public buses was unconstitutional on June 4, 1956. That ruling was upheld by the U.S. Supreme Court on Nov. 13, 1956.

Parks’ arrest became a rallying point for fellow civil rights leaders, as Parks was active in the local chapter of the National Association for the Advancement of Colored People and serving as secretary to chapter president Nixon. For 381 days after her arrest, the Black community organized the peaceful Montgomery Bus Boycott. Martin Luther King Jr., then a 26-year-old minister, became its leader.

Parks, King, Nixon and 86 other boycott participants were indicted by a grand jury on Feb. 21, 1956. King was convicted, but a judge suspended his fine pending appeal. The other cases were eventually dismissed.

The Rosa Parks Papers at the Library of Congress include notes and interviews documenting her thoughts of her arrest and the Montgomery Bus Boycott.

In one note, she writes: “I had been pushed around (sic) all my life and felt at this moment that I couldn’t take it anymore.”

In another, she writes, “let us look at Jim Crow for the criminal he is and what he had done to one life multiplied millions of times over these United States and the world.”

Parks’ quiet act of defiance sparked a movement locally in Montgomery, but it also resonated around the nation and the world. In the decades since, she’s become revered as the “Mother of the Civil Rights Movement.”

Parks was not the first Black woman to face persecution for violating policies related to segregation on public buses. Months before Parks’ arrest, 15-year-old Claudette Colvin was arrested for not giving up her seat on a bus.

Colvin was also active in local civil rights communities, including with the NAACP Youth Council. However, according to “Rediscovering Black History” at the National Archives, some members of the civil rights community “felt that she did not hold the appropriate image to be a test case against Jim Crow policies.”

In February 2016, Colvin was honored in Congress by Sen. Jose E. Serrano as “a pioneer and trailblazer for the Civil Rights Movement.”

Colvin, “one of the unsung heroes” of the movement, was one of the four plaintiffs in the Browder v. Gayle case.

“Ms. Colvin’s bravery that day in 1955, and in the subsequent months and years as the case moved through the federal court system, has not gone unnoticed,” Serrano wrote.