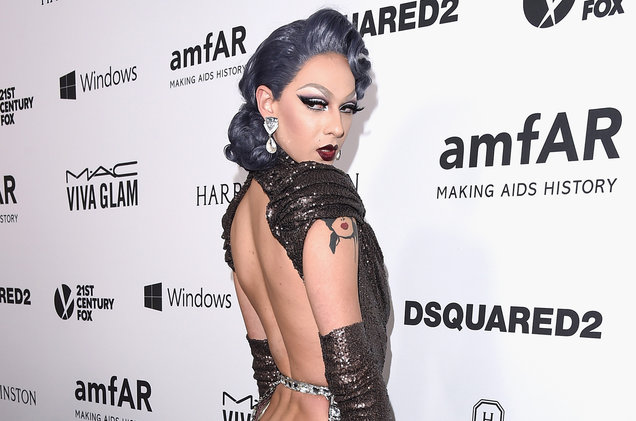 The line is the perfect fit for Chachki, called Bettie Page Lingerie, from English brand Playful Promises. For the campaign, Chachki embodied the pinup icon, who has served as one of her biggest inspirations as a drag queen.

Before Chachki, Australian drag queen Marie Claire became the first one to become part of a lingerie campaign aimed at women for Bonds back in 2014, but Chachki remains the first Drag Race star to be part of a major international lingerie campaign. A couple of months ago, the Drag Race winner also took to the runway at London Fashion Week, modeling a vintage-inspired devilish look for Dilara Findikoglu.