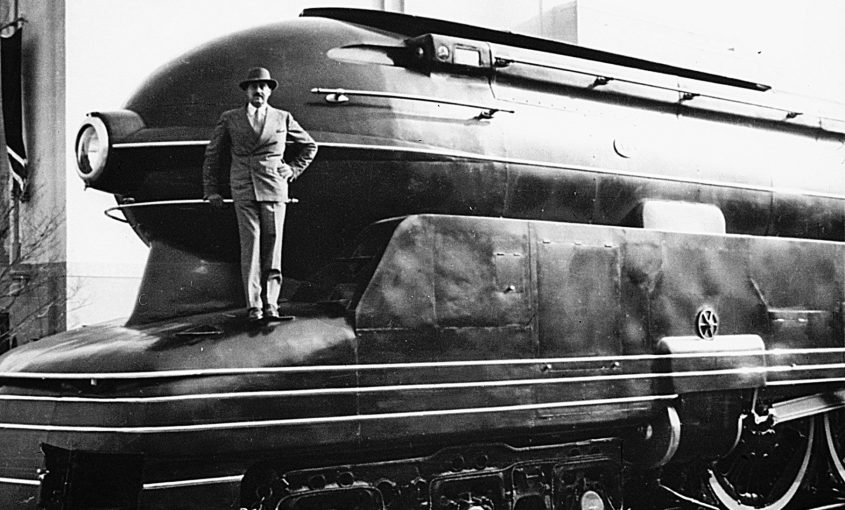 And now a page from our “Sunday Morning” Almanac: November 5, 1893, 124 years ago today — Day One for the man called “The Father of Streamlining.”

For that was the day Raymond Loewy was born in Paris.

An award-winning model airplane designer while still a boy, Loewy moved to the United States after World War I, and went to work.

He transformed the railroad locomotive and the Greyhound bus. He designed modern sewing machines and popcorn machines … and filled his home with his own creations.

On the CBS show “Person to Person” in 1956, Loewy explained his design philosophy: “I felt it was my duty to try to do whatever I could to introduce a little beauty among the things and the surroundings we live with.”

… a theme he expanded on in a 1979 “60 Minutes” interview with Morley Safer. “Good design,” he said, “is a design that does not get obsolete, number one, that stays classic, like a Greek statue. That’s good design.”

By then, Loewy had designed the 1962 incarnation of Air Force One, inside and out.  And he designed NASA’s Skylab, just for good measure.

He transformed many a logo as well: the Post Office into the Postal Service … Esso into Exxon.

But Raymond Loewy is perhaps best remembered for the car which he designed for Studebaker in the 1960s: the Avanti. To this day, it’s one of the models most prized by collectors of classic cars.