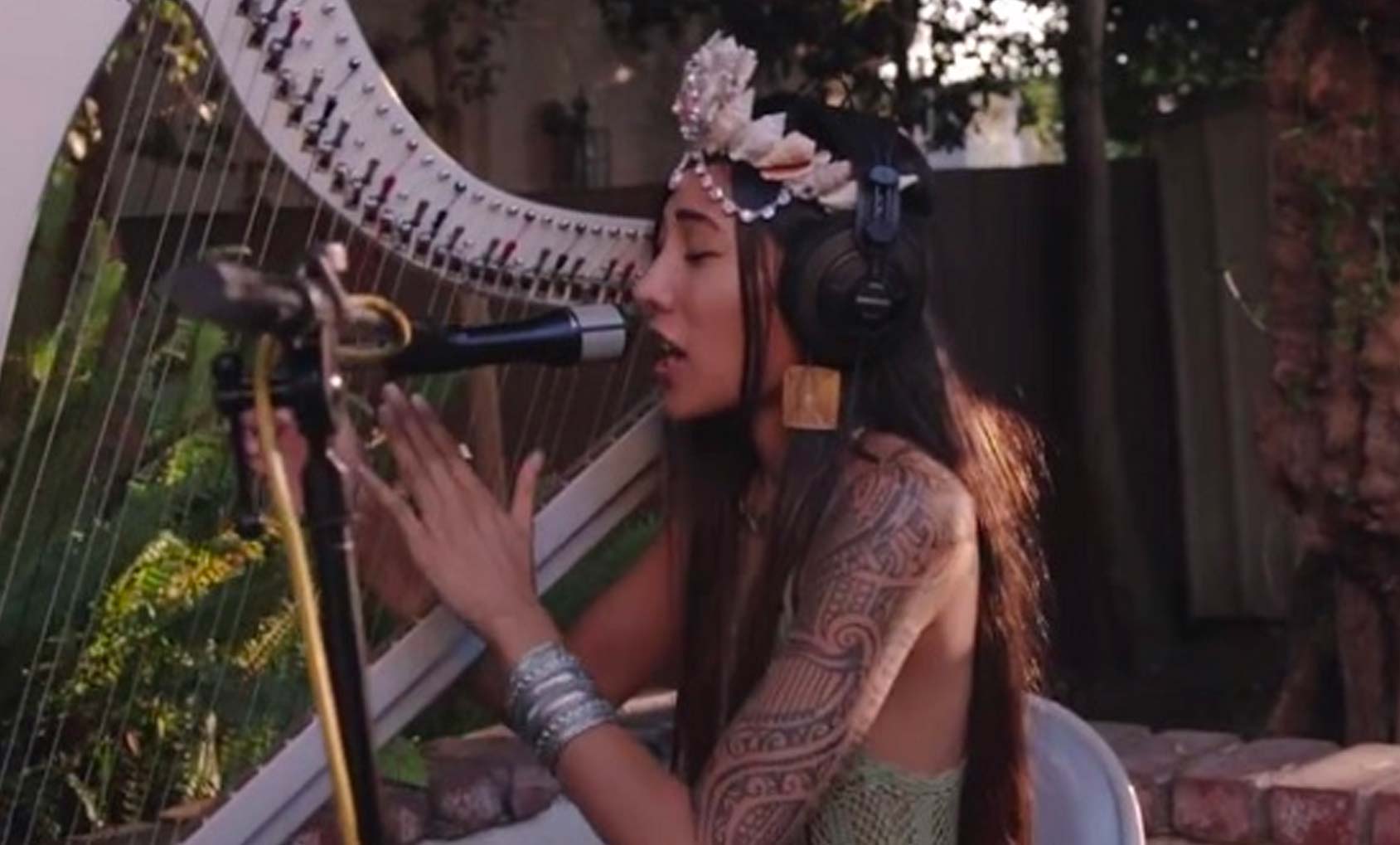 Los Angeles-based artist Low Leaf is a multi-instrumentalist, vocalist, composer, and producer who seeks to be an instrument of truth in hopes of reawakening the world to its divine heritage. She is a self-taught harpist and is preparing to release her official album Palm Psalms: A Light to Resolve All Darkness under her own independent imprint, Creator DIY.

As album details emerge, Low Leaf is proud to share her live take of Aaliyah’s classic “One In A Million.” The song was arranged by Low Leaf and performed by Low Leaf and her band The Ascension Crew featuring Low Leaf on harp/vocals, Tom Kendall on drums, Marc Encabo on bass, and Cole Brossus on guitar. The song was filmed and edited by Dominic Ferris and the audio was recorded and mixed by Zeroh.