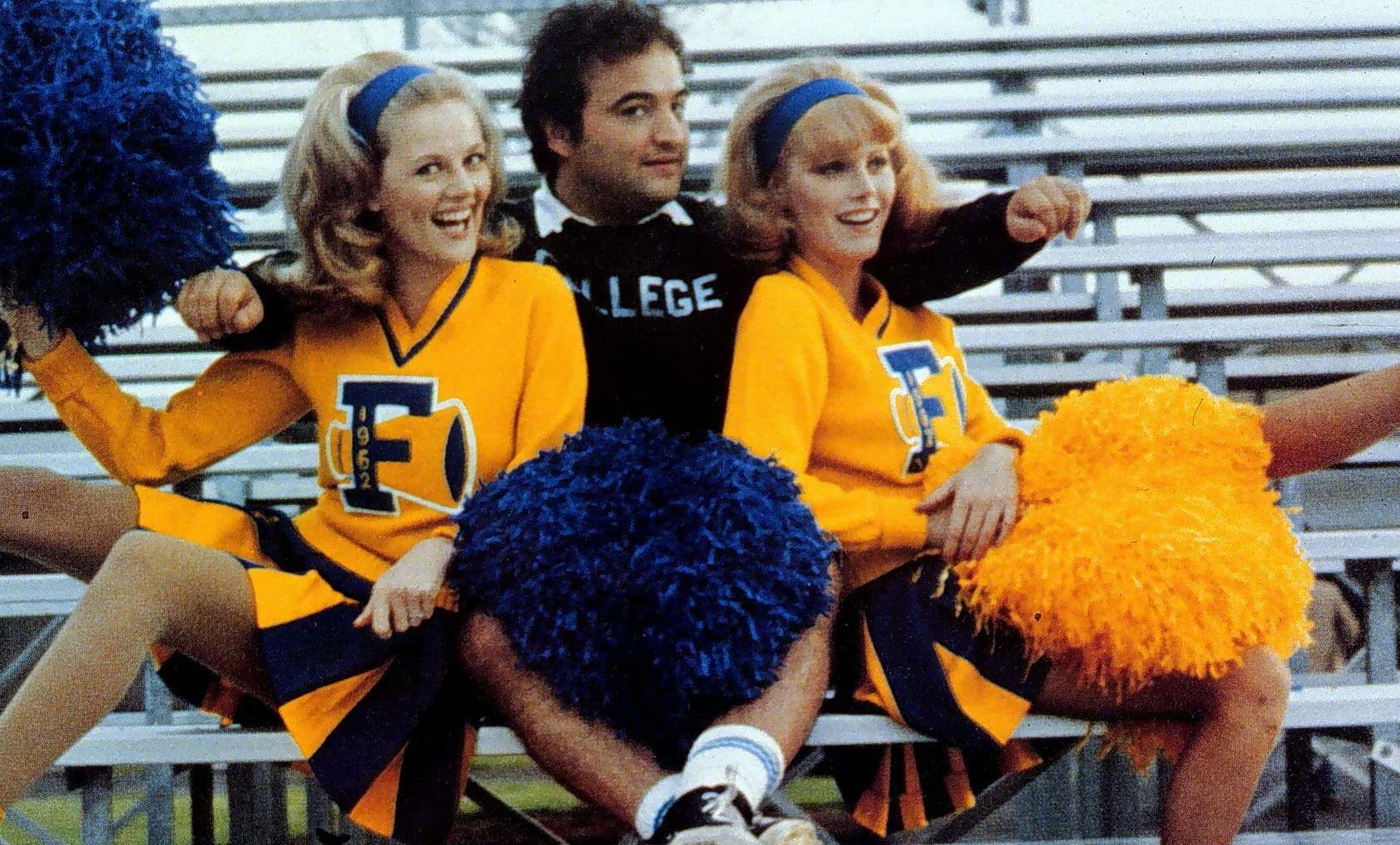 I once saw National Lampoon’s Animal House at a back-to-school midnight show at the University of California at Santa Barbara in September 1984. I hadn’t counted on the entire two rows of frat-boys behind me who recited every single line of dialogue, in unison, just seconds before the characters onscreen did. It was the first time I realised the term “cult movie” really meant something. Here were a group of people who were modelling their lives – for good or ill, mostly ill – on a movie that spoke directly to their own college experience. One that, as a few epic, real frat-house parties soon showed me, was infinitely more colourful than my own, albeit infused with a sinister sense of everyone growing up way too fast.

Compared to my monochrome, rain-sodden, provincial redbrick British university back home, UCSB was in Technicolor and CinemaScope, and rated R, just like Animal House. There was no British equivalent to Animal House or its myriad successors, then or now. The only movie that remotely resembled my UK college experience is Withnail And I. Compared to the rich tapestry of American college movies, we have Sebastian Flyte’s teddy bear, Lucky Jim’s hangovers and Starter For 10.

But maybe that’s a good thing, because almost every American college movie is, at root, a bro-friendly, sexist Animal House Redux. The original offered a template that movie-makers have been reluctant to forsake, and a behavioural model – binge-drinking, drug abuse, creepy sexual antics, etc – that students today embrace at their peril. The British equivalent of Animal House would be hard to imagine, and probably unwatchable.

If the Animal House model prevails, it’s because college is no longer like it was in the movie, and the whole genre is essentially nostalgic or outright reactionary. Today, the prospect of life-long college debt tends to focus the least nerdy mind when it comes to actually getting down to studying. And an unfairly demonised culture of trigger warnings and safe spaces seeks to safeguard against the glorification of sexist, hedonistic excess celebrated in that feted film. There are new movies to be made about this real college experience but, so far, on both sides of the Atlantic, no one is making them.