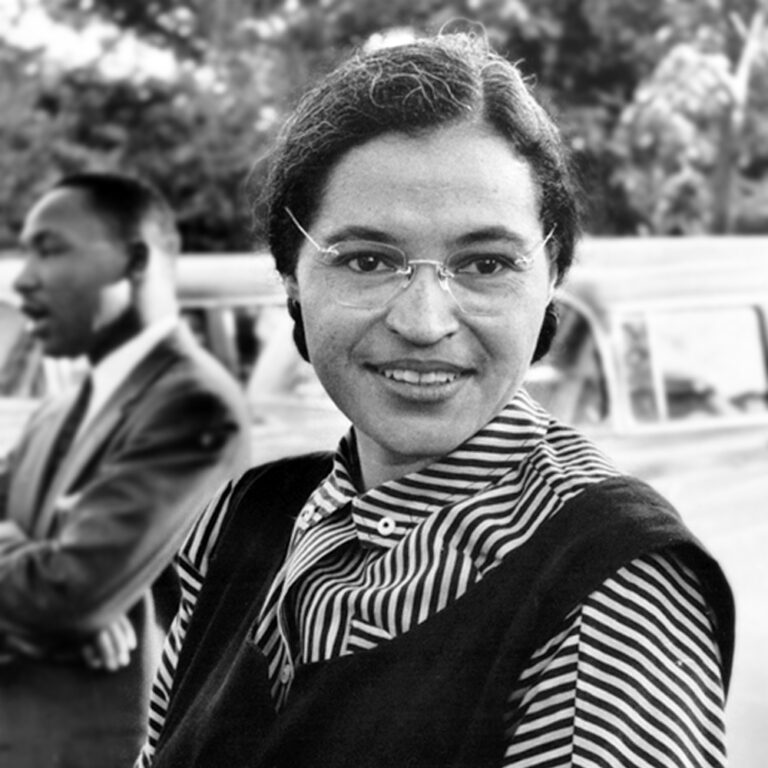 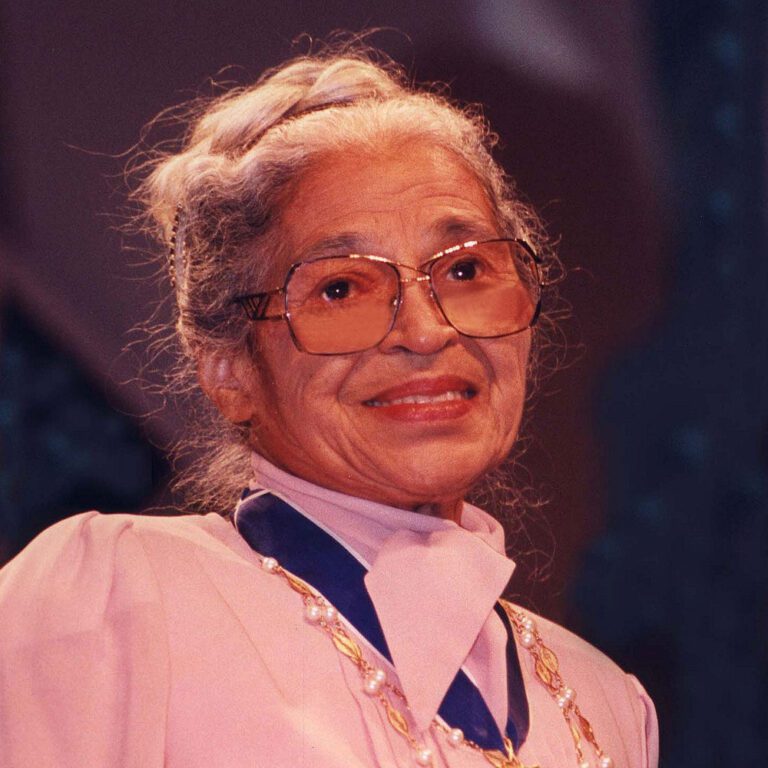 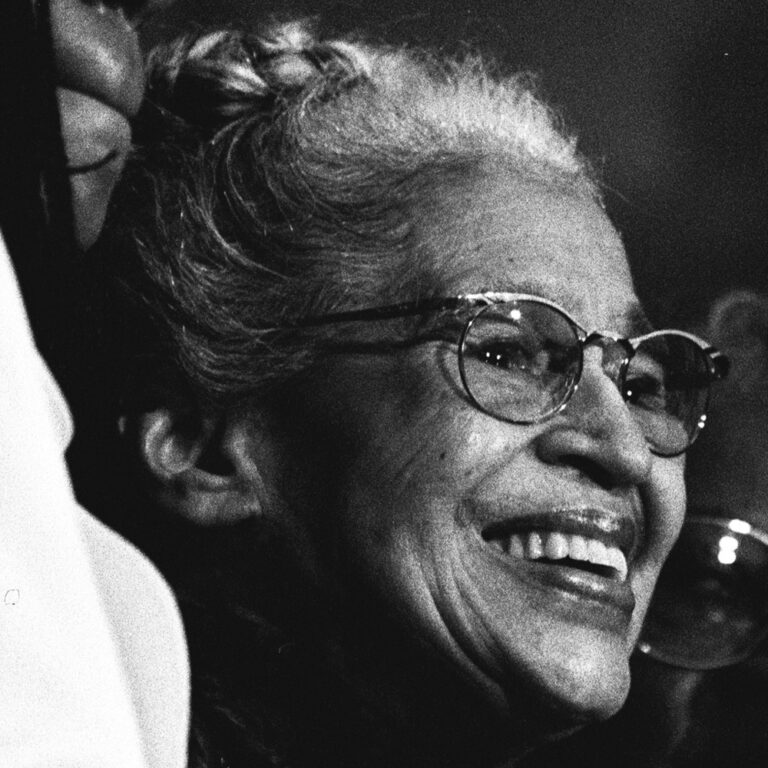 Rosa Parks, born February 4, 1913, was an activist in the United States’ Civil Rights Movement. She was primarily known for her refusal to give up her bus seat to a white passenger after the whites-only section was filled. U.S. Congress has referred to her as the “First Lady of Civil Rights” and “The Mother of the Freedom Movement.” Parks passed away on October 24, 2005.

1 of the most 20 influential figures, as named by Time magazine

35,000 protest leaflets distributed the day of her trial

40,000 protesters walked, instead of commuting, the day of her trial