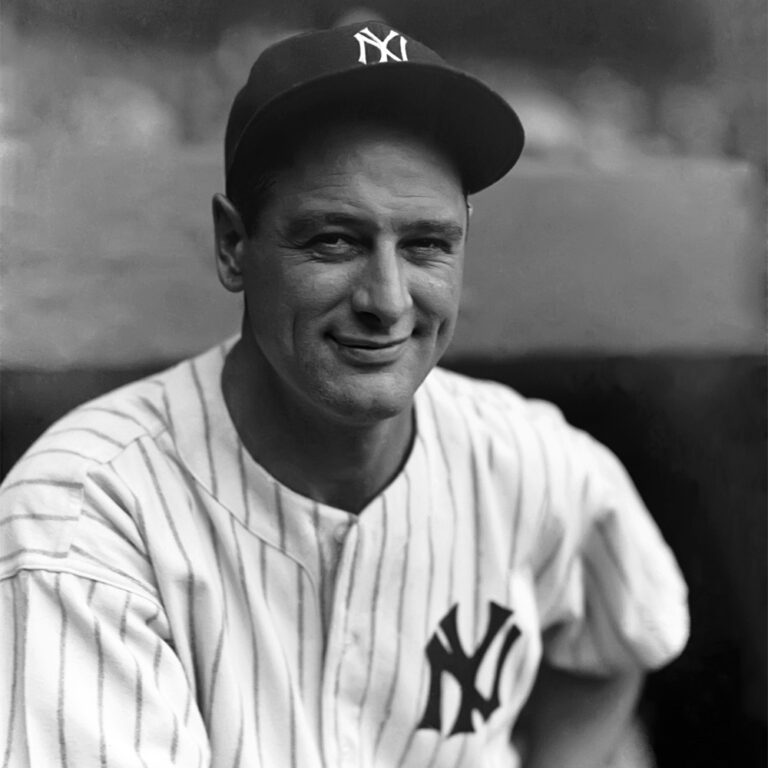 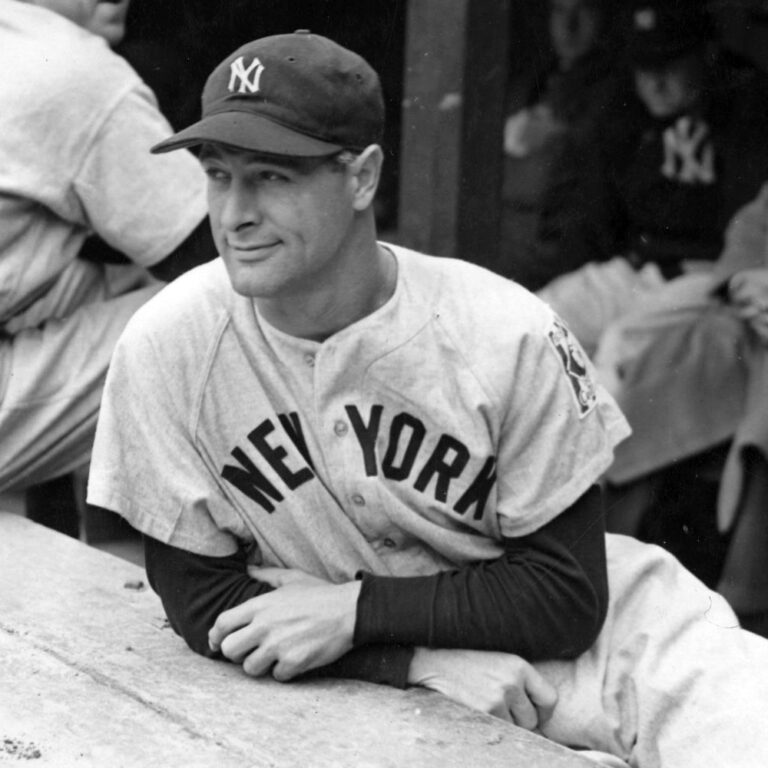 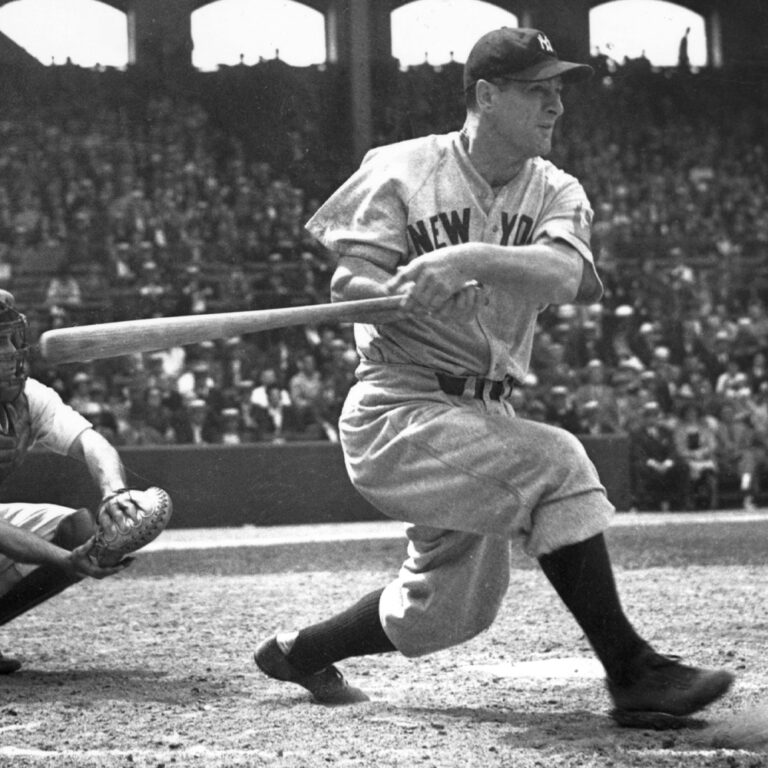 Henry Louis Gehrig, born in the Yorkville section of Manhattan in New York City on June 19, 1903, was an American professional baseball player, who signed his first contract with the New York Yankees in April 1923. Over the next 15 years, he led the team to six World Series titles and set the record for most consecutive games played. Gehrig retired in 1939 after being diagnosed with ALS and passed away from the disease in 1941.

1939 – inducted into the Baseball Hall of Fame

1st athlete to have his number retired

23 grand slams in his career