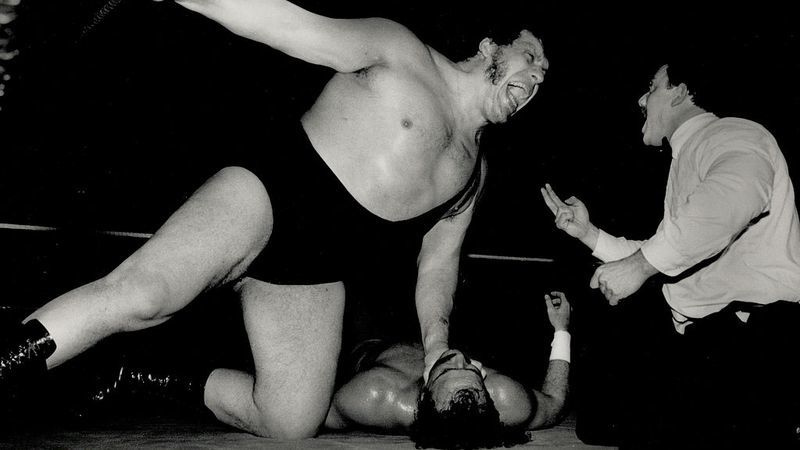 Andre the Giant—fearsome professional wrestler, beloved cinematic rhyming giant—will soon be the subject of a documentary.

Deadline is reporting that the film will be produced by Bill Simmons, the sports media mogul behind The Ringer and formerly of ESPN’s lamented/late Grantland. The documentary will be in collaboration with HBO (which canceled Simmons’ talk show in November) and the WWE. No hard feelings, apparently.

If any pop cultural icon deserves the “larger-than-life” designation, it was Andre the Giant. Born Andre Roussimoff in France, he was diagnosed with gigantism as a child, and grew to a height of 7’4”. As a professional wrestler, he was most famously associated with his match against Hulk Hogan at Wrestlemania III in 1987. During that match, Hogan body slammed the 500-pound-plus Andre, perhaps the most iconic move in pro wrestling history.

But Andre the Giant also showed he had acting chops beyond grunting and lifting smaller wrestlers over his head. His most memorable role, of course, was as the gentle giant Fezzik in the 1987 Rob Reiner cult classic The Princess Bride. He died in 1993 at age 46.

Simmons, a noted wrestling fanatic, should have plenty of interesting source material. Outside the ring, Andre was known for his prodigious appetite and even more prodigious tolerance for alcohol—the most famous story involving him down 156 cans of beer in one sitting.

Almanac: The “Father Of Streamlining”