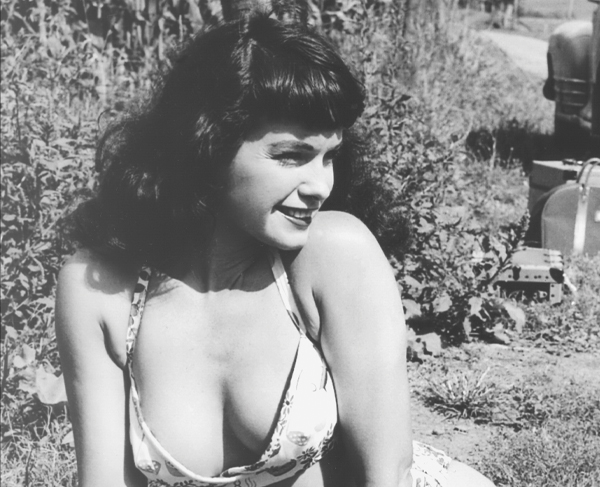 Bettie Page, a ‘50s model and Playboy centerfold who helped set the stage for the sexual revolution of the ‘60s, is finally getting recognized in Nashville.

The Tennessee native, nicknamed the “Queen of Pinups,” is set to receive a historical marker in downtown Nashville. The marker will be placed near Hume-Fogg High School, where Page graduated second in her class in 1940.

Efforts for the late star to be honored were spearheaded by fan and Middle Tennessee resident Ben Wilkinson.

Jessica Reeves, who oversees the historical markers program for the Metro Historical Commission (MHC), told Fox News Digital on Thursday that she worked with Wilkinson to edit his proposed marker text. It was presented to the marker committee and approved this month.

“The marker was unanimously approved by the Commission and I will order the marker this week,” said Reeves. “It should arrive from the marker manufacturer, Sewah Studios, in about 16 weeks. I’ve spoken with the principal at Hume-Fogg, and we’ll work with the facilities department at MNPS [Metro Nashville Public Schools] to choose the best location for the marker near the school.”

“This will be one of the few historical markers for a popular culture figure, and MHC is thrilled to help visitors and locals learn more about this iconic Nashvillian,” she added.

According to Reeves, the approved text reads: “One of six children, Bettie Mae Page graduated from Hume-Fogg High School (1940) and George Peabody College (1944) before moving to New York to work as a model and actress. She became one of the most-photographed pinup models of the 1950s and retired from public life in 1957. Page became an evangelical Christian and maintained a reclusive lifestyle, though she developed an underground cult following and was hailed as a feminist icon prior to her death in Los Angeles in 2008.”

Wilkinson previously told The Tennessean that he’s “so excited that Nashville will be formally recognizing the fact that Bettie Page is from here.”

“Her impact on pop culture is immeasurable and she is an inspiring iconic figure to countless admirers around the world,” he told the outlet. “I look forward to downtown Nashville having a nice little history lesson about the Queen of Pinups.”

Page attracted national attention with magazine photographs of her sensuous figure in bikinis and see-through lingerie that were quickly tacked up on walls across the country. Her photos included a centerfold in the January 1955 issue of then-fledgling Playboy magazine. Skyrocketing to fame, Page became the most famous pinup of the post-World War II era.

In 1955, Page received a summons from a Senate committee headed by Sen. Estes Kefauver, a Tennessee Democrat, that was investigating pornography, The New York Times reported. While Page was never compelled to testify, the uproar prompted her to quit modeling two years later and move to Florida. After two marriages ended in divorce, she moved to California in 1978.

Following Page’s disappearance from the spotlight, many assumed she had died. But she lived in seclusion for years on Social Security benefits, unaware of her growing cult following. After a nervous breakdown, Page was arrested for attacking a landlady but was found not guilty by reason of insanity and sent to a California institution. During her lifetime, Page became a born-again Christian and served as an adviser to the Billy Graham Crusade.

In the ‘80s and ‘90s, Page became an inspiration used in comic books, fashion photography and action figures, among others. She was the subject of several books and a 2006 film titled “The Notorious Bettie Page” starring Gretchen Mol. Page rarely gave interviews but recounted her story in the documentary “Bettie Page Reveals All,” which was released in 2012. Uma Thurman, Demi Moore, Madonna, Katy Perry and Beyonce are just a few of the many celebrities who have taken inspiration from Page over the years.