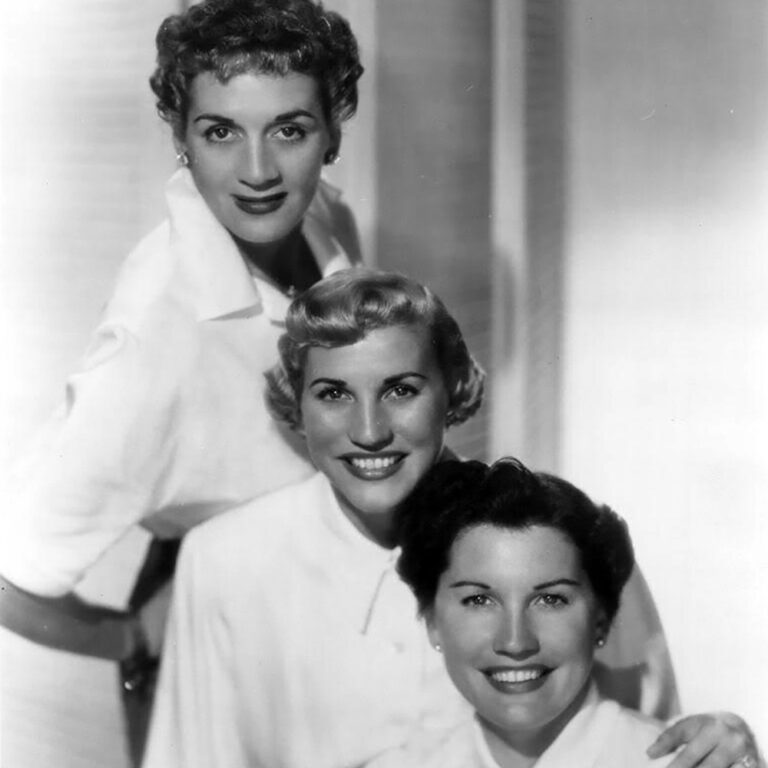 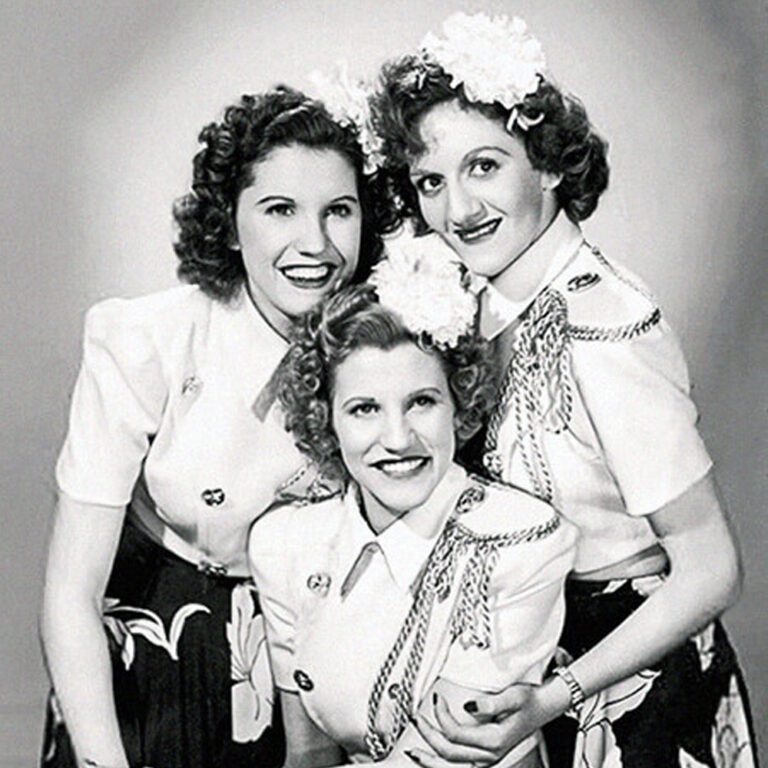 About The Andrews Sisters

The Andrews Sisters were one of America’s most popular musical groups of the 1930s and 1940s. The group consisted of three sisters: contralto LaVerne Sophia, soprano Maxene Angelyn, and Patricia Marie “Patty.” They sold well over 75 million records and are most known for their 1941 hit, “Boogie Woogie Bugle Boy.”

75 million records sold throughout their career

17 Hollywood films made together

Interested in continuing the legacy of The Andrews Sisters?