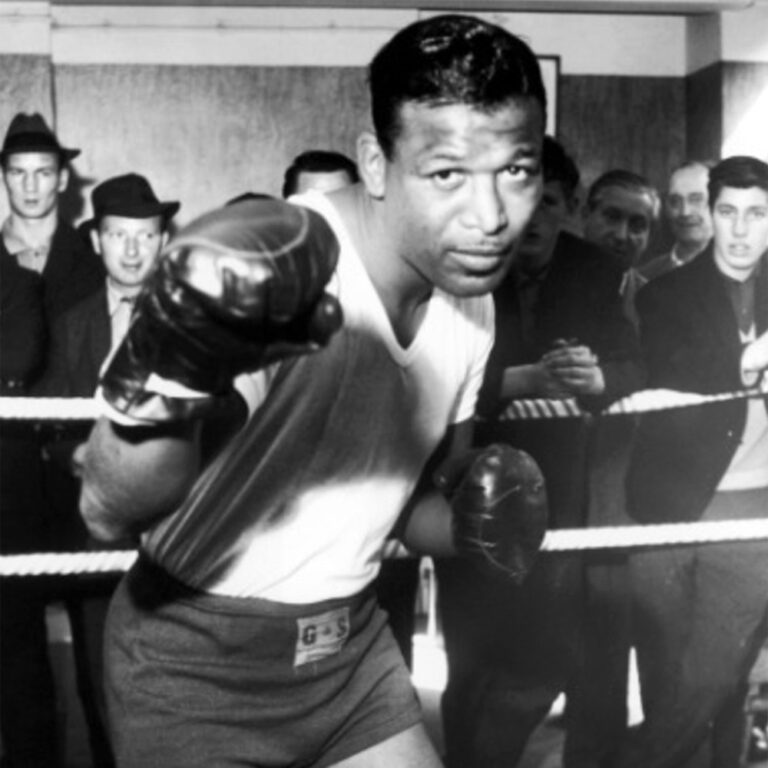 Born on May 3, 1921 in Ailey, Georgia, Sugar Ray Robinson was an American boxer. He began his professional career in 1940 and won his first 40 fights. By 1958, he became the first boxer to win a divisional world championship five times. He finished his career in 1965 with 175 victories. Robinson died in Culver City, California in 1989.

1990 – Inducted into the International Boxing Hall of Fame

19 years old when he turned professional

Interested in continuing the legacy of Sugar Ray Robinson?