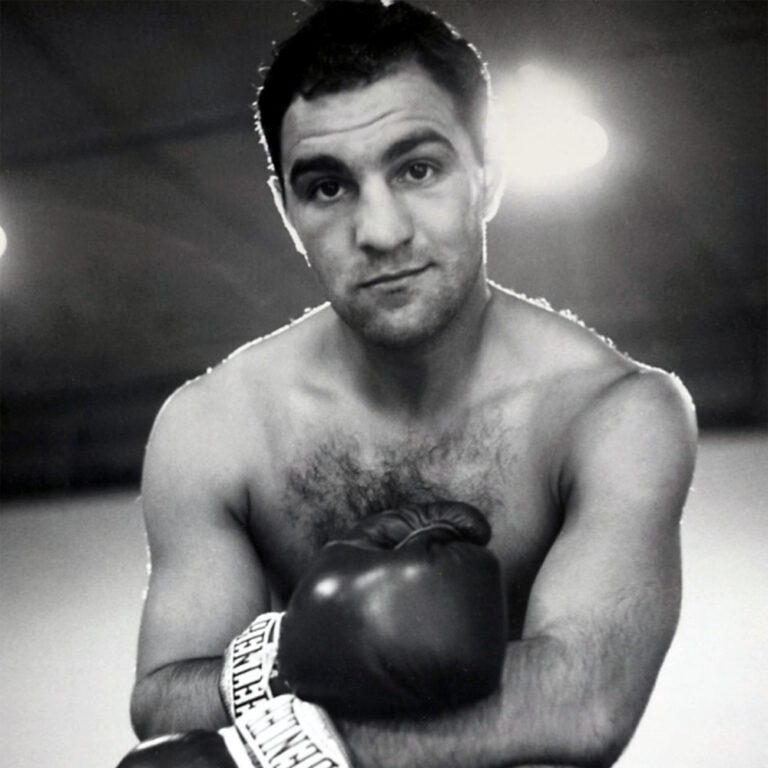 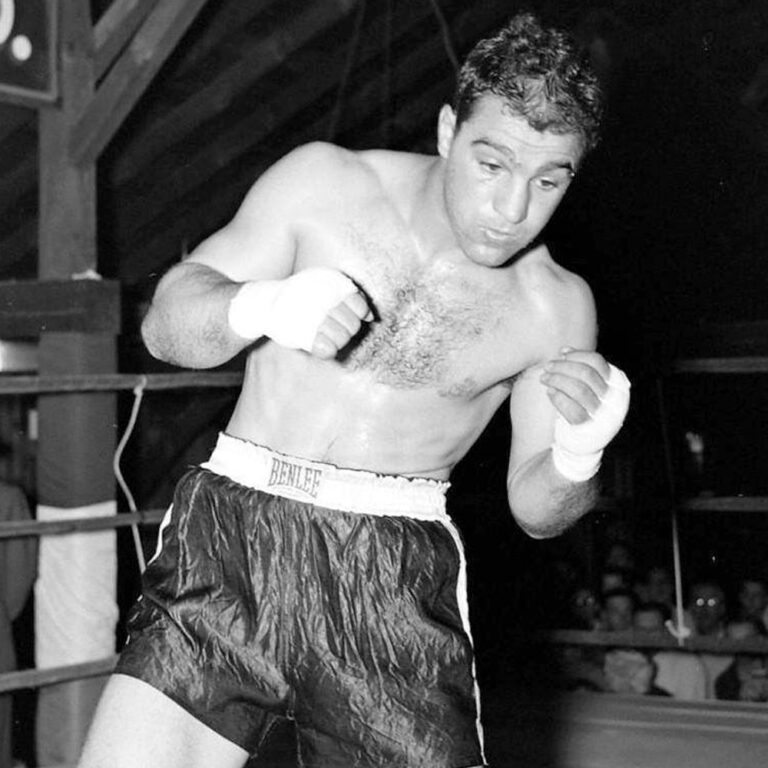 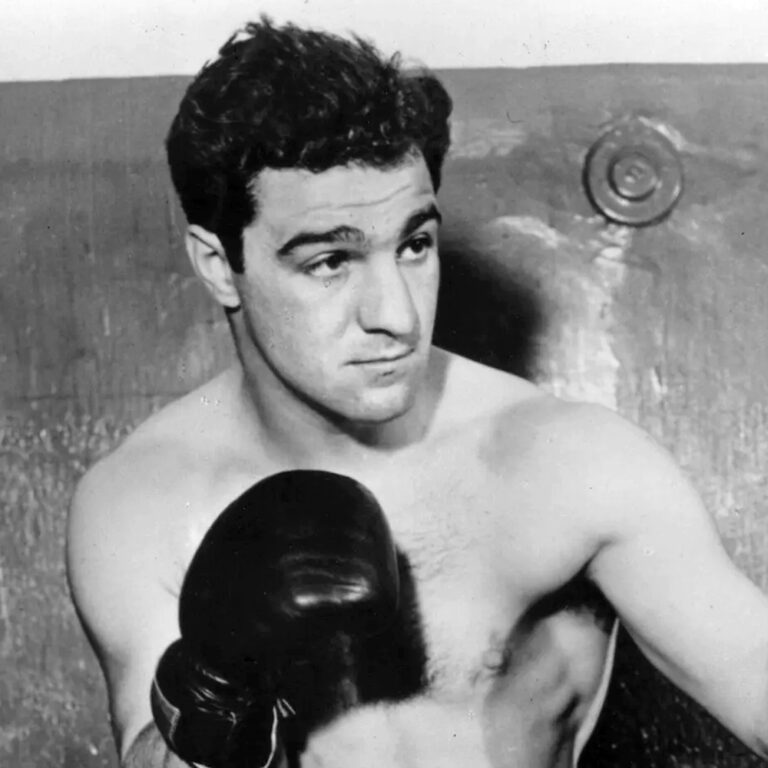 Rocky Marciano, born on September 1, 1923 in Brockton, Massachusetts, was an American professional boxer and heavyweight world champion. He defended his title six times and won an unrivaled 49 straight fights. Marciano died in Newton, Iowa, at the age of 45.

87.75 knockout-to-win percentage (remains one of the highest in heavyweight history)

0 losses throughout his career (undefeated)