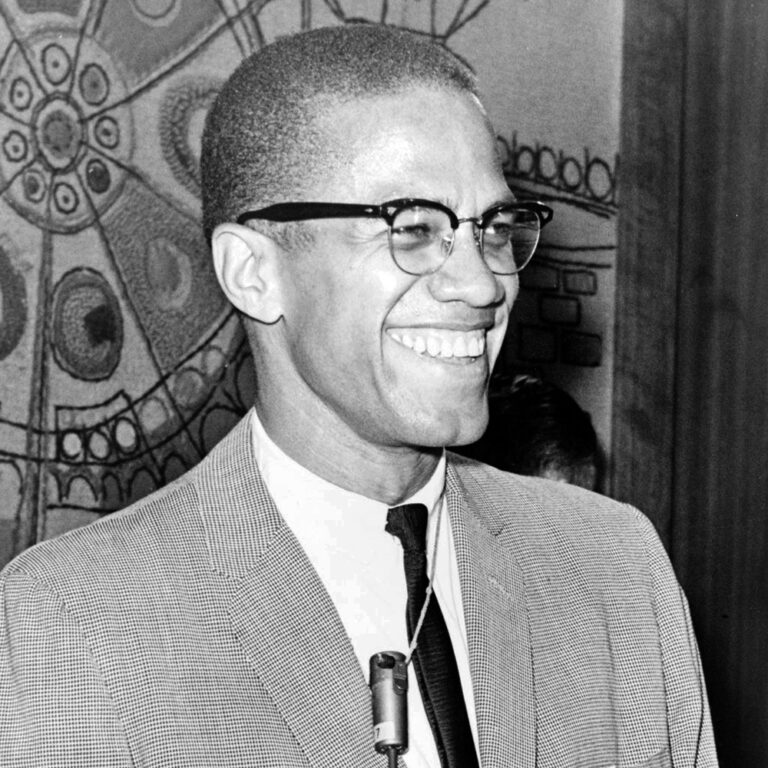 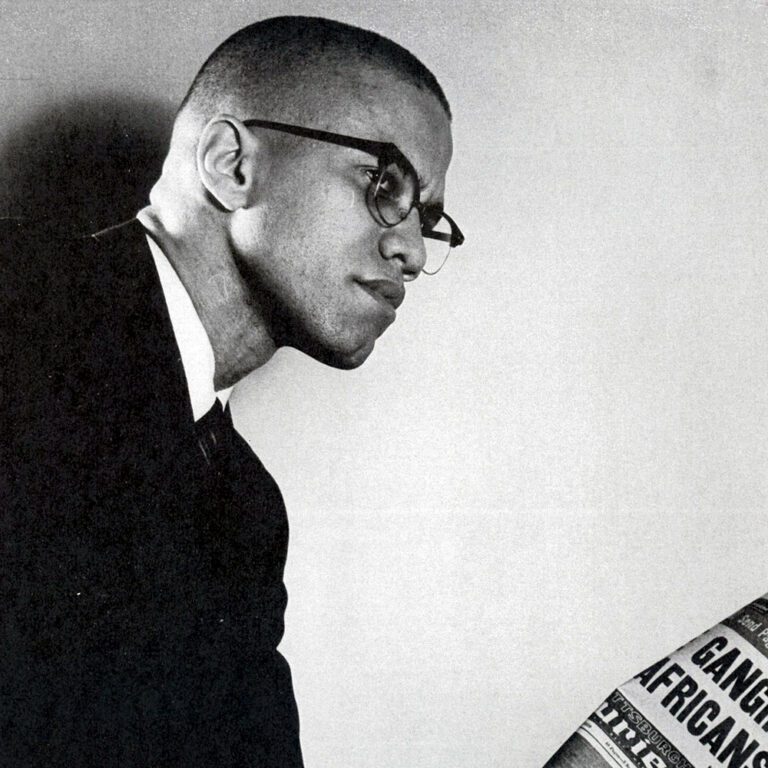 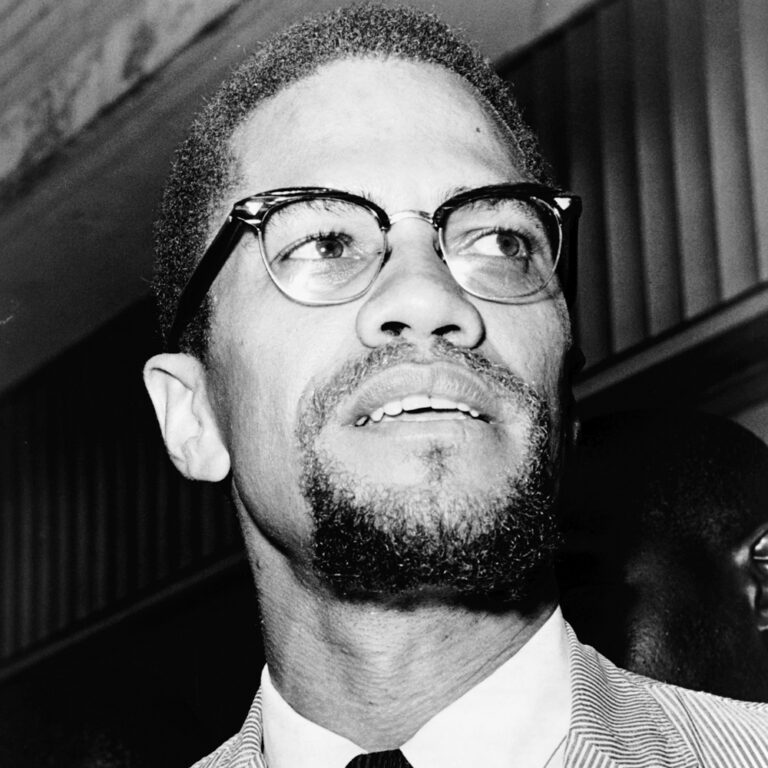 Born on May 19, 1925 in Omaha, Nebraska, Malcolm X was a prominent African-American minister and nationalist leader, who served as a spokesman for the Nation of Islam during the 1950s and 1960s. Due largely to his efforts, the Nation of Islam grew from a mere 400 members to 40,000 by 1960. He was killed on February 21, 1965, at the Audubon Ballroom in Manhattan, where he had been preparing for his speech.

1963 – According to the New York Times, Malcolm X was the second most sought after speaker in the U.S.

25,000 – Membership Malcolm X cultivated in the Nation of Islam

7th best American speech called “The Ballot or the Bullet”