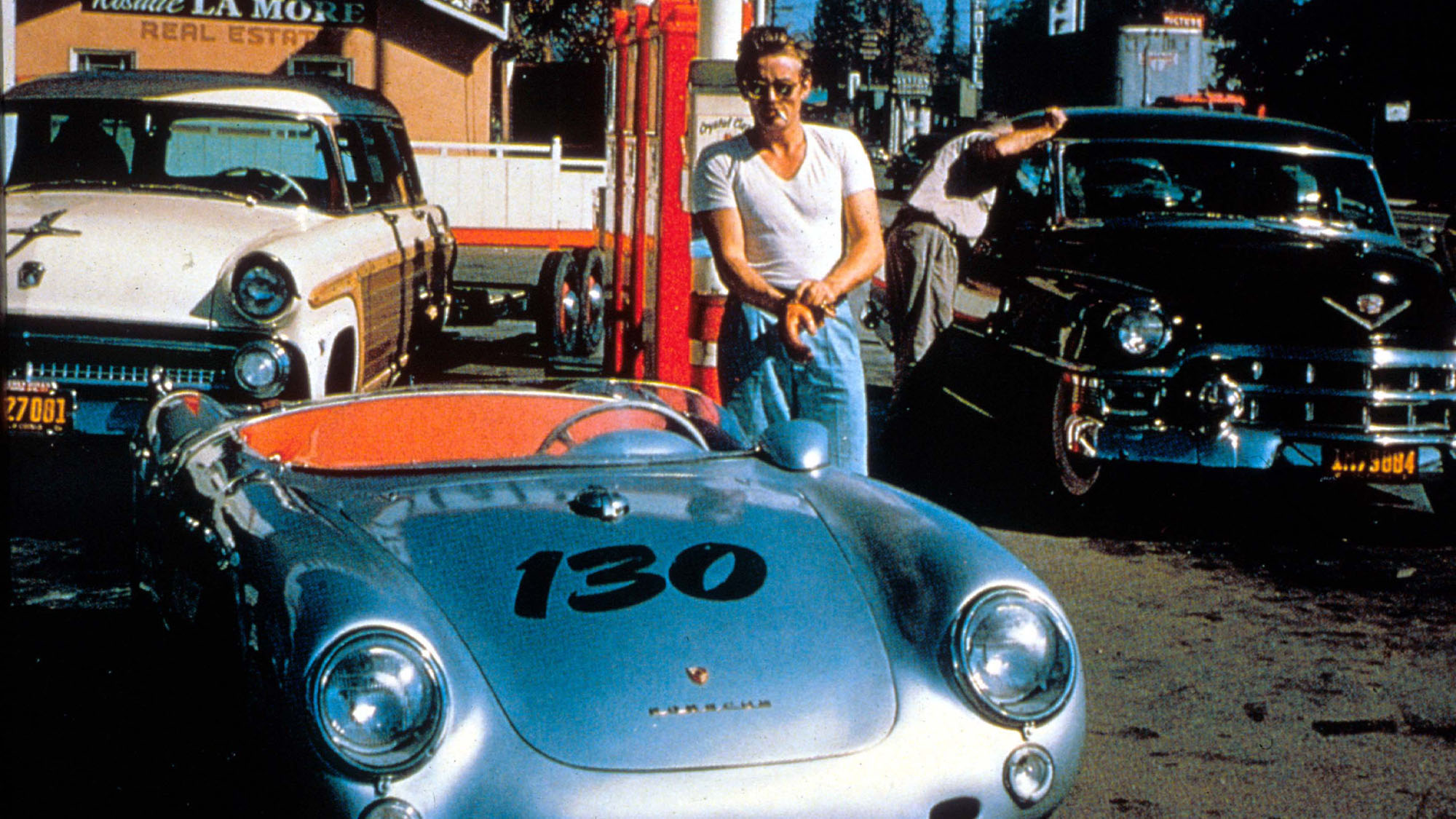 The headline on the TMZ website was bizarre enough to inspire a ‘you’ve-gotta-be-kid-ding-me’ double take: “James Dean ‘Cursed’ Transaxle Sells for $400K.” But the story behind the sale during on online Bring a Trailer auction last month is even weirder.

More than half a century after his death in 1955 at the age of 24, Dean remains a subject of inexhaustible fascination. Film fans know that he was already an incandescent superstar even though he’d made only three movies – Rebel Without a Cause, East of Eden and Giant – before being killed in a car crash. Gearheads focus on the fact that Dean was a gung-ho club racer who died while driving a factory-fresh Porsche 550 Spyder en route to competing in a sports car race.

But the major reason the incident has developed a cult following – and why the transaxle sold for such an outrageous sum – is that the late George Barris, the King of the Kustomizers, tirelessly promoted the fanciful notion that Dean’s 550 was cursed.

“There was something strange about that particular car … a feeling, bad vibrations, an aura,” Barris wrote in his memoir. “Everything that car has touched has turned to tragedy.” Cue spooky music.

Dean won his first-ever race, for novices, at Palm Springs in a Porsche 356 Super Speedster he drove to the track in March 1955, and he finished second the next day in the main. Five weeks later, he was third overall and first in class at Bakersfield. Later that month, he DNFed at Santa Barbara with a blown engine. Still, it seemed like a promising start for an aspiring racer.

Not so, says Lee Raskin, the author of the definitive book, James Dean On the Road to Salinas. “James Dean grew up as a bit of a daredevil; he wasn’t afraid of anything,” Raskin says. “Was he a great driver? No. First, he was seriously myopic, which may help explain why he had metal-to-metal contact in every race he was in. Second, I think he was all accelerator, no brake.”

Like just about every racer on the planet, Dean was convinced that he needed a faster car. So he traded the Speedster and $3,800 in cash for a brand-new 550 Spyder, the four-cam rocket ship that would propel Porsche to small-bore supremacy, and hired pinstriper extraordinaire Dean Jeffries to paint the sobriquet “Little Bastard” on the rear decklid.

When he finished filming Giant, Dean entered a road race in Salinas, a minor-league affair about 300 miles north of L.A. Although Dean had exercised the 550 on Mulholland Boulevard, wrinkling the aluminum bodywork by sideswiping a garbage can, Porsche factory mechanic Rolf Wütherich suggested that they drive the car to Salinas break in the notoriously finicky roller-bearing Type 547 engine. Dean’s friend Bill Hickman, who would later achieve footnote celebrity as a stunt driver in Bullitt and The French Connection, trailed behind them in a station wagon towing an open trailer.

On the drive north, Dean collected a speeding ticket from a California Highway patrolman. Later, at a café along the route, he ran into fellow Southern California racer Lance Reventlow, the trust-fund baby who would later build the Scarab race cars. Before leaving, Dean told Reventlow’s companion, Bruce Kessler, another SoCal racer, that he’d gotten the Porsche up to 120 mph. Less than an hour later, near the no-stoplight town of Cholame, the Spyder crashed almost head-on into a sedately driven Ford sedan as it left turned across traffic.

Dean almost certainly died from the impact. Wütherich, who was ejected from the cockpit, suffered grievous injuries. Photos shot at the scene show that the Porsche was mangled almost beyond recognition. Yet before long, Barris was displaying a somewhat more tastefully damaged Spyder at car shows with a placard identifying it as “James Dean’s Last Sports Car.”

Barris claimed that he’d bought the car from Dean’s family. When it was being unloaded in his shop, he said, it fell on a mechanic and broke both his legs. Barris subsequently sold the engine to Dr. Troy McHenry, who was killed when he hit a tree while racing a car supposedly fitted with the deadly motor. (Barris said that another doctor using a transaxle salvaged from the Spyder was paralyzed in a racing accident.) After Barris reworked the car to display at safety demonstrations, he claimed it fell off a stand and broke a teenager’s hip. A few weeks after that, while being transported, the car allegedly fell off the trailer and killed the truck driver. There were also tales about a thief who broke his arm while trying to steal the steering wheel and another mechanic who broke another leg when a door fell off the car.

Barris, it should be said, was a consummate showman and shameless promoter. Raskin is convinced that most of his stories were fabrications, and several are demonstrably false. Raskin says the wrecked carcass of the 550 was bought not by Barris but by local physician (and club racer) William Eschrich, who salvaged what he could and trashed the chassis. (Raskin believes Eschrich’s son still owns the original engine.)

Although the front boot and rear desk lid appeared to be original, Raskin theorizes that Barris’s car “was cobbled together with sheets of aluminum,” and then pummeled with 2x4s to make it look like it had been in an accident.

The original transaxle made it way through several hands before being bought three decades ago by Jack Styles, the longtime parts manager at the Paul Russell’s renowned restoration shop. Last year, Styles sold the unit to Porsche broker/collector Don Ahearn, who offered it on BaT. The listing generated a firestorm of 1,345 comments and bidding that topped out at a disappointing (!) $382,000. But the identity of the buyer turned out to be an even bigger surprise.

Winning bidder Zak Bagans describes himself as “a pioneer in the paranormal field.” He owns the Haunted Museum in Las Vegas, where one of his prize exhibits is Dr. Jack Kervorkian’s so-called ‘death van’. The “cursed” transaxle ought to fit right in.

“It’s going to a freak show,” Raskin says. “George Barris must be dancing in his grave.”

Ingrid Bergman — Spellbinding, Notorious: New Documentary Tells The Story Of A Movie Star Who Was Both Revered And Reviled During Her Lifetime

NFTs To The Moon? US Space Force Says It Will Start Selling Digital Tokens Depicting Satellites, Mission Badges And Other Memorabilia